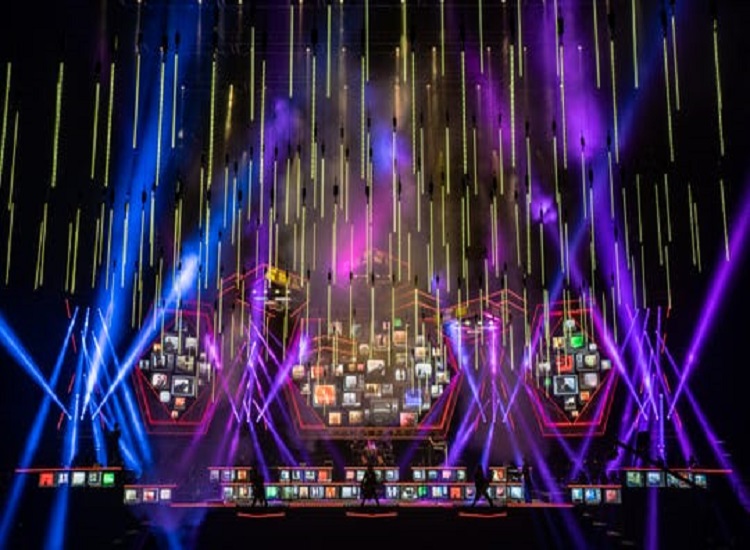 The 27th started out calmly as we were still inside the inside passage.  We had turned our clocks back one hour the night before, so I woke up earlier than usual.  Don’t forget to bring a clock with you when you go on a cruise.  For some strange reason, cruise lines don’t put clocks in the cabins.

I went up to the Lido for breakfast.  The passengers are not allowed to serve themselves for the first 48 hours to prevent the spread of bacterial infections, so all the serving windows were covered in plastic wrap.  They had my favorite cereal and lactose-free milk which made me a happy camper.

At noon I went to team trivia.  The scores were going to accumulate, and the winner would be announced when we reached Hong Kong.  My team consisted of two couples and a single man.  Actually, I think the man is married and his wife prefers to do other things.  Our team is consistently in the top three, and it is a fun group.

The winner of the team trivia at 3 pm is decided on a daily basis.  I generally play with the same people at noon and 3 pm.   Each session, the top three teams win “dam” bucks.  These can be exchanged for prizes later in the cruise.

Afternoon trivia, I ate lunch in the Lido and then looked at the shops on deck five.  Amsterdam has a small clothing store, a small sundry shop, and two jewelry shops.  Camera supplies are at the photoshop on deck four.  By this time, the ship had left the inside passage, and the front of the ship was rising up and slapping down.

After bingo at 4 pm, I was walking down the hall to my room when the front of the ship rose up so high it made my ears buzz.  I could feel something rise up in my throat as I staggered into my cabin.  Just in time I reached the bathroom sink and lost my lunch.

You have to understand that I had experienced motion sickness all of my life until three years ago.  The cruise I was on offered acupuncture for seasickness, and I tried it.  Since then, I haven’t felt any nausea.  Even when I lost my lunch, I didn’t feel nauseated.  My lunch simply rose up with the motion of the ship and exited my mouth.

After that experience, I decided that bed was the safest place to be.  I woke up from my nap at 9 pm which meant that I had missed dinner at 8 pm.  The ship was still doing its’ imitation of a bucking bronco, so I didn’t want to eat much.

However, I called room service and ordered onion soup with an assortment of cheese and crackers. Thankfully, my food stayed down.  Before going to bed, I turned my clock back another hour and prayed that tomorrow would be a calmer day.  It doesn’t hurt to ask.